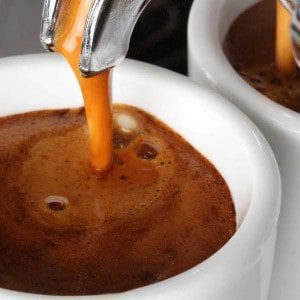 In the last 15 years, coffee aficionados like growers, drinkers and roasters have focussed on delivering high quality coffee bean products by turning their attention to ripe farm berries that have received optimum sunlight.

High quality coffee beans don’t have to be roasted for too long, so they don’t infuse a burned flavour for coffee drinkers.

Founder of Koffeeone, Peter Walker, believes that this new attention has led to the development of sweet and clean coffee, instead of fermented coffee.

Cafe coffee machines brewing these high-quality coffee beans to maximise their potential were developed as a way to fine tune techniques and skills.

Old espresso machines tend to be inconsistent during the busiest times in the cafe, sometimes causing the temperature to change by close to 10 degrees, which can significantly affect the flavour of the coffee.

This worldwide problem needed a solution, which came from commercial manufacturers like Pierro Coffee Machines and Nuovo Simonelli.

They have been designed to help topnotch baristas who care about every aspect of the coffee-making process – from when the beans release carbon dioxide – to the moment they puff up – until the time they hit the coffee mug.

Once the coffee beans bloom, the process of extraction starts and water is used to draw out the flavours from the beans.

Professional baristas usually try to delay the bean saturation process, so that they have time to develop completely before the process of extraction.

This is done by bringing down the pressure at the start. Some commercial coffee-making machines allow the pressure to remain steady, while the barista brings down the water flow – allowing for finer grinding of coffee beans.