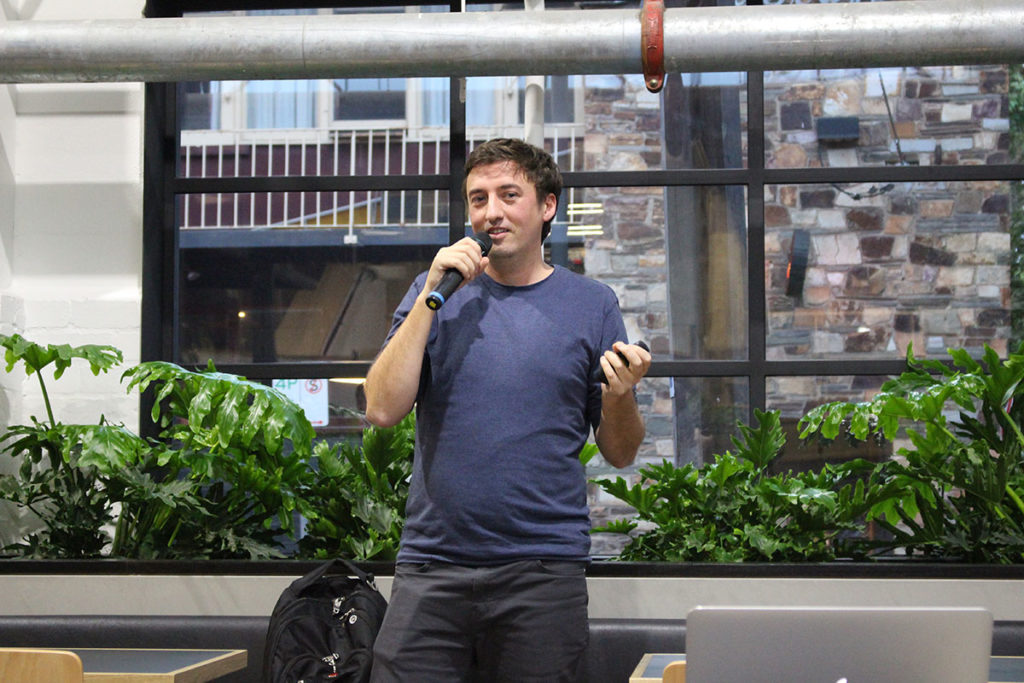 The Most Powerfull and Perfect Coffee Grinder Ever Built.

In Detail The Mythos 2 Gravimetric Coffee Grinder By Victoria Arduino was launched by Espresso Mechanics. Initially at Veneziano in Richmond Melbourne on October 23rd. Also at Toby’s Estate in Sydney on October 25th.  Most noteworthy Colin and the Victoria Arduino representative  Michele Mastrocola presented the evolution of the new model. Coupled with its significant improvements  from the Mythos One. Originally propelled to stardom in 2013.

Colin was Introduced to The Audience by the excited Todd Hawkins The Head Of Espresso Mechanics.

Todd has every right to be excited. And Proud . Why? Over  the past 4 years. An astonishing 6000 Mythos one Units has been rolled out around Australia. Obviously testimonial to the dedication of Espresso Mechanics staff and highlighting the quality of the Victoria Arduino Brand. It needs to be recognized the whole world sales for Mythos one in the same period of time was 25 000 units. Hats of to Australia and Espresso Mechanics for achieving such an exceptional result.  Todd paid tribute to the members of his team that made those results  possible. Mathew Galea – Outgoing Technical Manager who has moved to Sales. Carly D’Agostino  the current Sales, Installations & Marketing Coordinator. Paloma Steiger – The Business Development Manager and Guy Waters The New Technical Manager.

I also congratulate These dedicated individuals who support their distributors and agents in the same professional and dedicated manner. Well Done Espresso Mechanics from everyone at Koffeeone.

So The Demo Began And It Was Pretty Obvious From The Get Go What Colin Thought.

Here is What Colin Had to Say.

“When we propelled Mythos One in Australia, everybody was exceptionally obliging however somewhat contemptuous,”

“In any case. Individuals began to take a risk on a processor that was somewhat unique. And Victoria Arduino and the processor began to make a name for themselves. When I returned to Australia in 2016, there was a Mythos One in each cafe.”

The Mythos 2 was created from the criticism of clients from all over the world. In detail was the demand for a more precise portion. Another key point was a stable granulate profile. Most noteworthy was practicality. Coupled with speed variation and volume. Hence the inclusion of scales.

Colin went on To Say.

“Individuals don’t comprehend the impact speed has on quality, They say for what reason don’t you make it crush quicker?’ The straightforward answer is that the espresso burns when ground in excess of 1200 revs per minute. What’s more, granulating quicker makes it less precise.

“Clients can now control the factors themselves. Altogether they can make the granulate quicker and more exact to match what they need.” 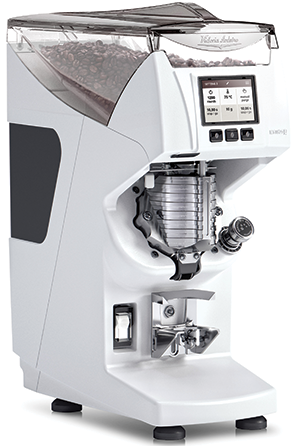 So What Makes The Mythos 2 Coffee Grinder So Special ?

The new factor speed engine. In other words to a greater burr set. Taking into account the consistency of speed from the earliest starting point.

“You could state the Mythos 2 is 19 percent snappier than Mythos one. Therefore improves grind time by a  few seconds per portion “.

Volume and toughness was another vital thought in the new Mythos 2. An inverter prepared engine stops the burrs bolting. Basically a bigger burr set from 75 millimeters to 85 millimeters enables incremental change to benefit speed with higher hourly generation. Also a double fan on the back of the processor empowers a quicker cooling engine.

Be that as it may. Colin says his most loved component is the incorporation of computerized scales.

What excites Colin The Most

“To me.  Unquestionably the most exciting thing to emerge in the past 10 years is ExtractMojo. A refractometer which allows us to measure the extraction on a coffee bar. This was a game changer that requires you to measure the weight of an espresso. We launched this in the Mythos 1 in Gravimetric but we realised the end point was having scales in the grinder. Which hasn’t been achievable until this day – it’s been a 10-year project to get to this point,” Colin says.

“A lot of people say ‘why trust a grinder with scales? It doesn’t seem viable?’ But to me it feels very familiar because the action of using scales is such a common part of a barista’s workflow that we’ve now integrated into the machine.” 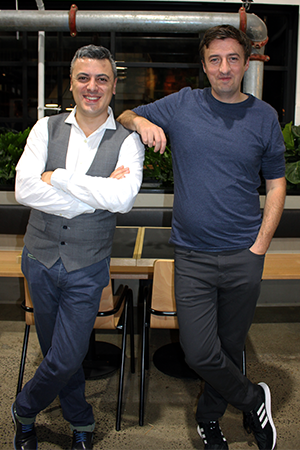 Finally the Mythos 2 includes an updatable software which is up to version 29. Colin says each update feels like receiving a brand-new grinder.

Additional features include a clump cluster to regulate the air flow from the burr set and a two-kilogram transparent hopper to see the volume of beans remaining.

“I really think this is it for grinders in this context,” Colin says. “I’m sure there will be incremental improvements but I’m struggling to think of something that will have a dramatic impact on how we grind coffee in this context. I feel it’s what we’ve been working towards for the past 10 years, and it’s something that feels very satisfying.

“I am terrified and excited to see the Mythos 2 put on coffee bars across Australia.”

Three versions of the Mythos 2 are available, including fixed speed, variable speed and Gravimetric models, available through Australia.

Koffeeone are privileged to be invited to distribute This magnificent Grinder . Contact us Today to source your Brand New Mythos 2 Commercial Grinder.