The Very Best Commercial Espresso Machines On The Market. 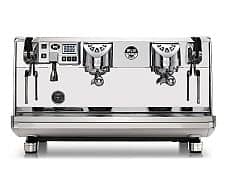 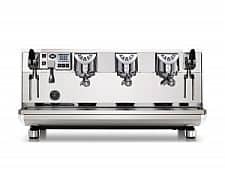 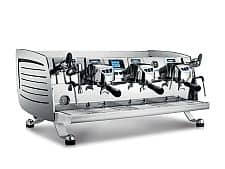 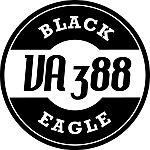 A coffee machine for the specialty coffee shop, a machine that is stable, consistent and volumetric. In the continuous search for a constant result in the cup, many baristas have verified and demonstrated how the volumetric system allows them to obtain a significantly higher quality repeatable product compared to the manual system. The volumetric version of the VA388 Black Eagle addresses this need and goes beyond. We wanted to create a coffee machine for specialty baristas, making a volumetric model with the greatest temperature stability to help baristas in their daily work. We wanted the new machine to improve the relationship between customer and barista. The designer Viglino adopted a soft style, with more curves and asymmetrical elements, in a product 49 cm high.

is the coffee  machine for all those who dedicate their lives to coffee.  Those who study. Research and experiment every day to transfer a real coffee experience to the cup. This is the official espresso machine for the World Barista Championship 2015 to 2017. 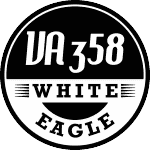 We are working in order to offer specialty coffee shops espresso machines that are consistent. Therefore reliable and efficient. This was the result we wanted to get with the new product that we developed. And its name is VA358 White Eagle. Especially dedicated to coffee shops putting Quality at first. We studied espresso machines that were  able to respond to specialty coffee shops new trends. And we made it with tall groups in order to use big cups and glasses. As a result The VA358 White Eagle supports the relationship between the customer and the barista. Viglino. The designer. Rebuilt eagle’s wings in a 51 centimeter-high product.

A new eagle is ready to spread its wings and land in all coffee shops that make quality and consistency their mission. It is called the VA358 White Eagle and is a new Victoria Arduino machine dedicated to specialty coffee.

Here are a few of our customers you might recognise.

Koffeeone understands What Defines the Characteristics of Perfect Espresso Machines.

First Of all In expert espresso machines. Temperature assumes a critical part. Therefore it firmly impacts the nature of the coffee. A steady temperature gives a fantastic and repeatable outcome.

Due to examinations. Also great research and experimentation. In addition to working with the best baristas. As a result we have figured out how to discover an answer. Especially  that accommodates the control of each and every parameter. Along these lines The T3 was conceived.  As a result the T3 innovation permits the barista to set three temperatures. For blending. Gathering and blending the water mixture and the steam.

Furthermore you get to control of the water supply. With precision that regulates the temperature strength to deliver an immaculate espresso coffee. This additionally occurs because of an electronic framework. Hence with with tests for temperature. Weight  and PID that deals with every factor.

Most Of All Victoria Arduino was established in 1905 by Pier Teresio Arduino. Probably with the point of building a coffee machine that did not trade off on quality. Nor materials or execution. Yet the outcome re-imagined the borders of present day coffee espresso machines.

Especially Relevant is the organization is presently situated in Belforte del Chienti Italy. Most noteworthy proceeds with the custom of Pier Teresio Arduino. Most of all  putting resources into research to offer the most progressive coffee innovations.

Especially relevant the first contact Pier Teresio Arduino had with espresso machines was probably due to a woman. Because  the young man met here at a Turin locale in the early 1900s.

Pier Teresio Arduino (1876 – 1923) built his first espresso machines in 1905. Whilst basing it on the principles of physics that govern heat exchange between two fluids. Thus was born the “Victoria” . Consequently in 1906 was installed in one of the “Rolando & Brosio” locales in Turin. Especially relevant was the Locale was the one in which he met the woman earlier who would later become his wife.

But why did he call his espresso machines “Victoria”? The reason was very simple.  because he believed he had had reached a  victory. Rather an “Italian victory“. From  the fruit of the efforts he had made to obtain it.

In addition to the obsessive attention to the technology. Along  with the registration of numerous patents.  Arduino put a lot of attention into the design of each product. Most noteworthy Marketing and commercial aspects were never left to chance. Participation in events and fairs. Building an efficient sales network and advertising investments were at the center of his thoughts. He used all his efforts to raise awareness. And increase the use of his product around the world.
After more than a century.  Pier Teresio Arduino’s vision continues to guide our thoughts. Actions and ambitions still today. Creating products with innovative technology and design. Whilst linked  to the experience that goes with espresso consumption all over the world.

For more information on Koffeeone or any of their coffee machines and other coffee products. Please contact them direct or feel free to visit their professional Sydney head office and showroom at 8 – 12 Robert Street, Rozelle NSW